This year at our PAX Prime panel, to celebrate the release of the Steam version of Azure Striker Gunvolt, we gave away a limited edition floppy disk that had an MS-DOS version of Azure Striker Gunvolt along with a code to download the game on Steam. We’re sure many of you do not have access to PCs that can run floppy disk games on MS-DOS, so now that it’s been a few months since the panel, we decided to make this game available to everyone online! You will need the special code that was available with the floppy disk to play the game to the fullest, so if you weren’t there at the panel, maybe you had a friend who was there. 😉 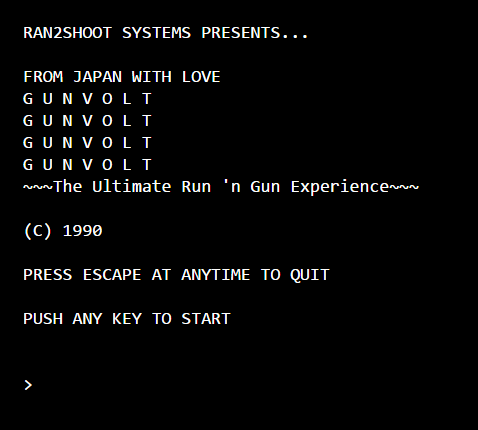 Check it out here: http://inticreates.com/GunvoltDOS