As you may have saw from our big announcement the other day, we are VERY excited to be attending MAGFest 2016! This will be our sound team’s first ever event appearance outside of Japan, and with the two huge concerts that we have planned (Lumen Super Live 2016 and Inti Creates 20th Anniversary Special Concert), it’s going to be an event for the ages! As International Affairs Coordinator, it gives me such great joy to be able to present our super talented sound team, III (pronounced like “Triple Eye”), to the amazing fans who have been supporting them for years who have never had the chance to see them in person.

It’s been a pleasure to work with MAGFest to get this all planned and put together. Making this happen has been a goal of mine ever since I began working here at Inti Creates, and it’s so exciting to see it coming to fruition! I speak for the entire sound team when I say that they are really excited to rock your socks off and meet fans from outside of Japan. Also, in case you missed it, the lead character artist for Gunvolt, Mr. Hatakeyama, did a Lumen Super Live concert poster! My goodness, it’s GORGEOUS! 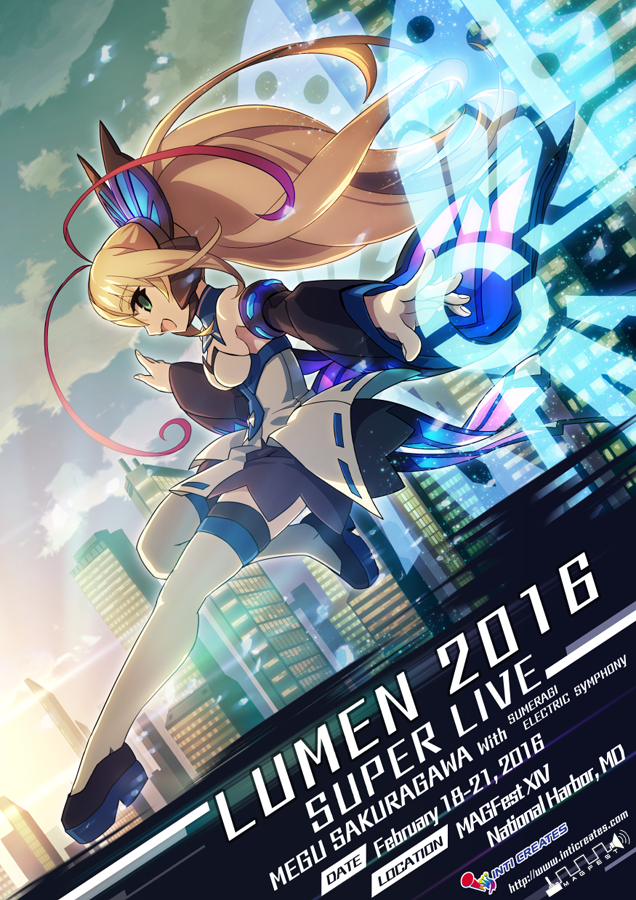 We hope to see you there in crowd at MAGFest!  GET HYPE!
Keep on Striking,
Matt