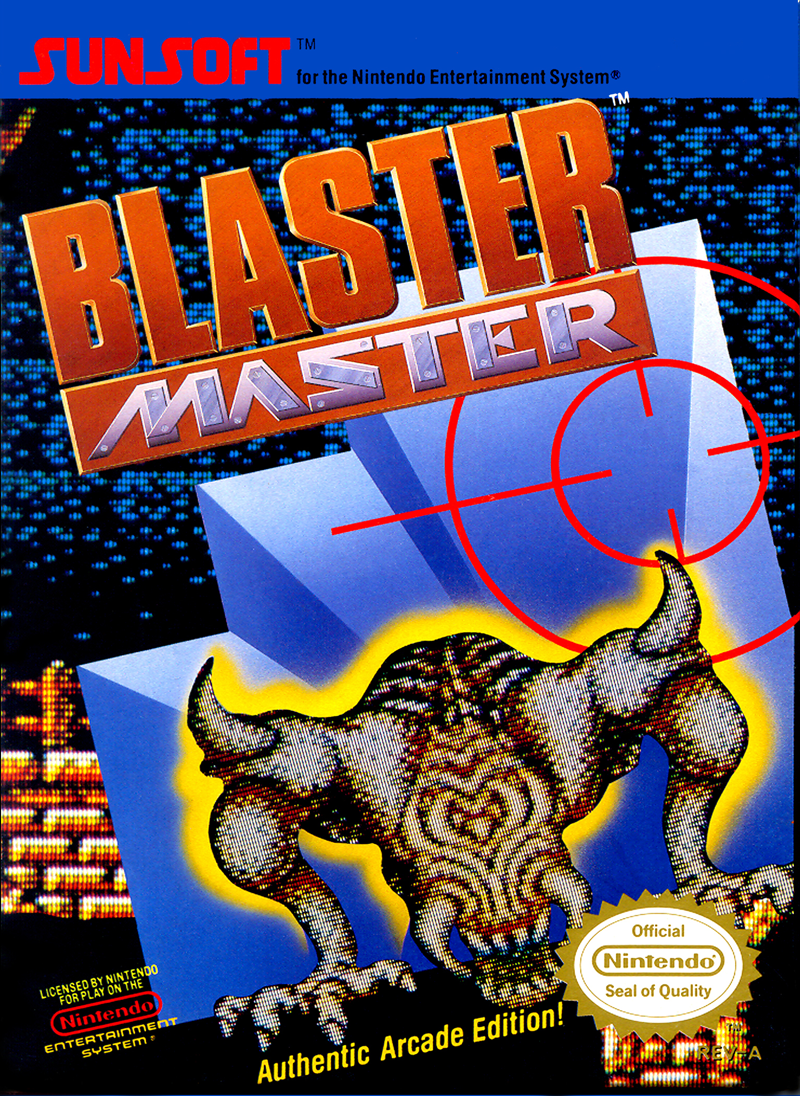 Using the original Blaster Master game as a base, we are setting out to create a fully 8-bit experience in a way that both hearkens back to the golden age of the NES and uses the current generation hardware to optimize and power up the game for the players of today. This of course includes new areas and bosses, and new gameplay elements such as extra sub-weapons, improved gameplay when battling outside of your SOPHIA 3rd tank, a more robust scenario, refined and expanded exploration mechanics, and more. 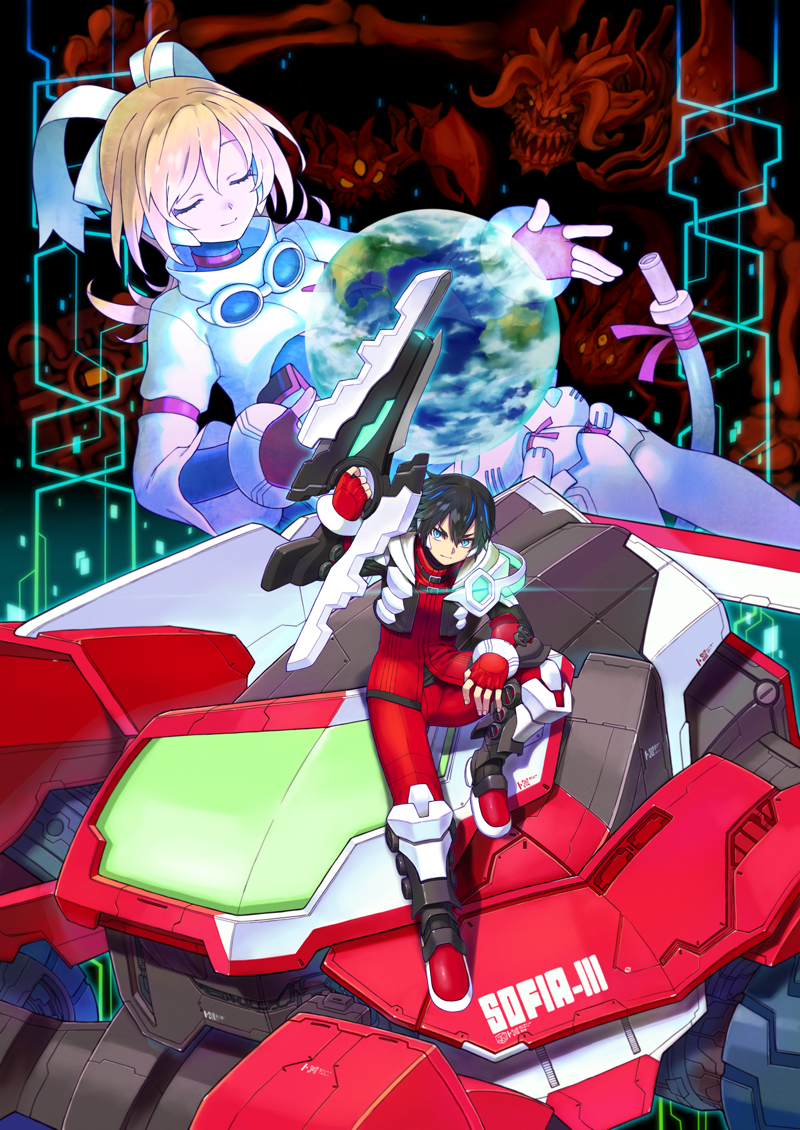 In the near future on planet Earth…

Many kinds of creatures once coexisted on this verdant planet, but after countless wars and untold environmental destruction, the planet was plunged into an ice age, and humanity was left with no choice but to migrate en masse underground.

When the ice age finally came to an end, humanity begin developing methods while they were living underground to one day restore their planet to the lush green landscape it once was. During this time, a large mysterious comet fell to the earth, but the progress of restoring their lost ecosystem was coming along well, and humanity was eventually able to live on the surface once again.

Several hundred years have passed since then.

Enter a young man named Jason Frudnick, a genius in the field of robotic engineering. One day, he came upon a creature he had never seen before. No records of this creature existed, so with his interest in this mysterious creature piqued, Jason named it “Fred” and began to observe it closely. But, after some time had passed it found a way to escape.

Jason gave chase, and before he knew it he had stumbled into the subterranean world where humanity once resided. A large vehicle awaited him there.

Almost as if this vehicle with the name “SOPHIA 3rd” on the side was inviting him in, the door the cockpit opened up. In order to bring Fred back, Jason hopped into SOPHIA 3rd and set out on his adventure. 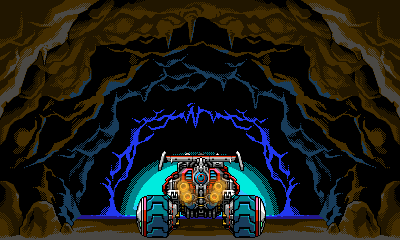 Hop in your armored tank SOPHIA 3rd and begin the search for Fred! 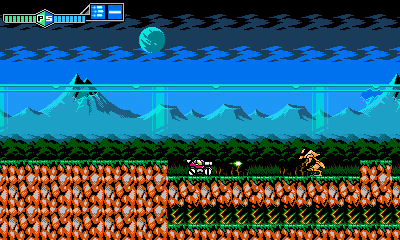 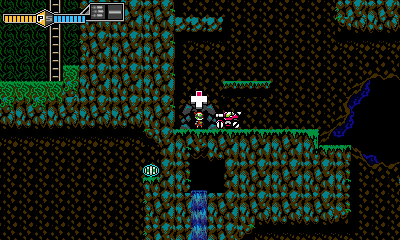 Search high and low to discover various dungeons and items. Exit the SOPHIA 3rd to enter the dungeons. 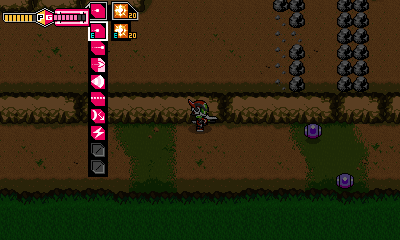 You will be able to change your gun while inside a dungeon. Earn many different types of new weapons as you progress through your adventure. 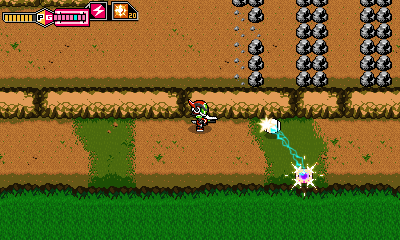 Gun Level 6 is an explosive lightning-based attack called the “Striker”! 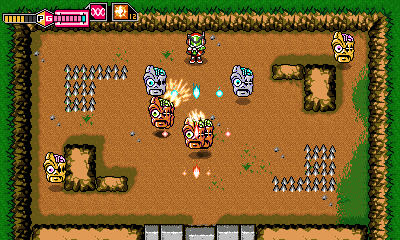 Defeat the horde of baddies before they surround you!  Use the terrain to your advantage and exterminate them! 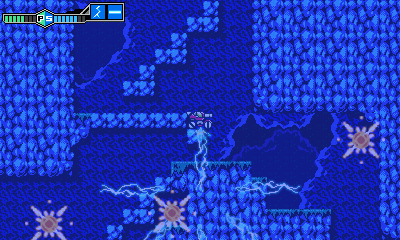 Your mobility will be greatly reduced in the water. Use a sub-weapon that looks like it’ll help you make your way through. 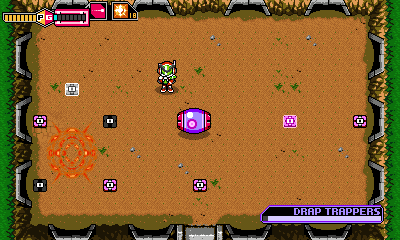 Defeat sub-bosses to earn power ups for both Jason and SOPHIA 3rd! 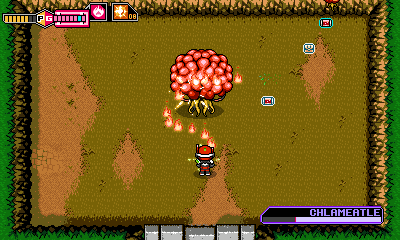 The showdown with the Area 1 boss, Chlameatle! 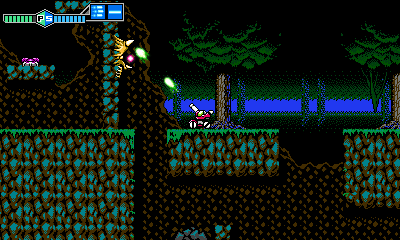 Use the Hyper Shot obtained from a defeated boss to power up the main cannon! You may just find yourself able to defeat previously unbeatable enemies. 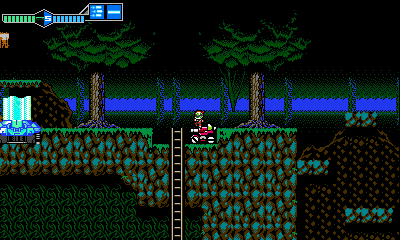 There are certain places that Jason can only enter by exiting SOPHIA 3rd. 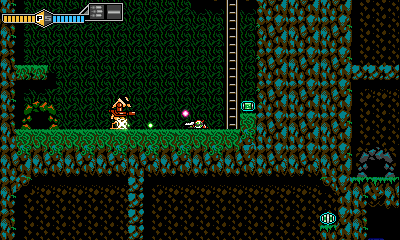 Jason can also attack when outside of SOPHIA 3rd! Let those bullets fly!