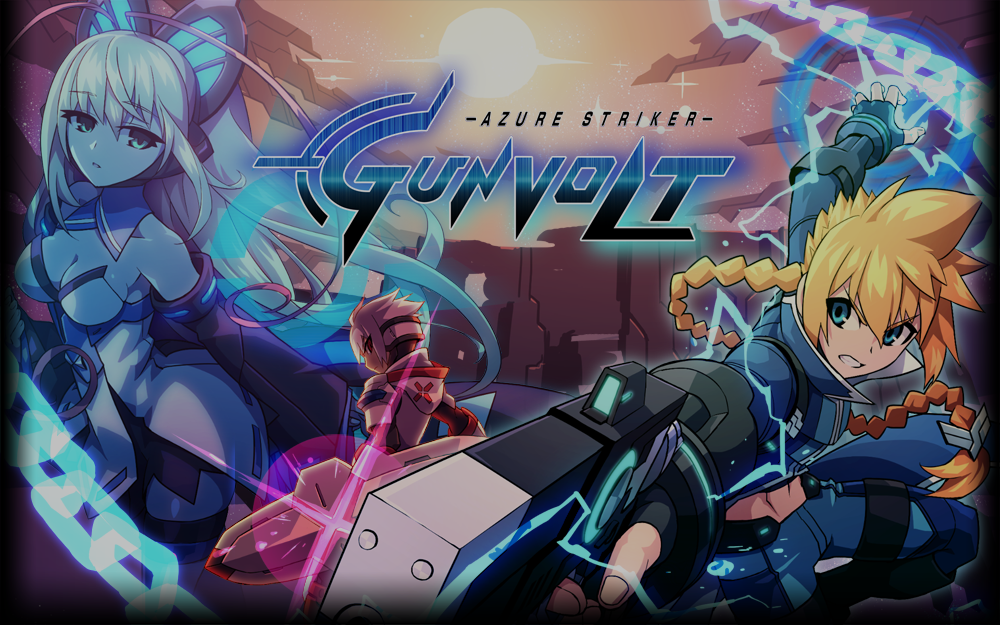 It’s hard to believe that it’s been a year since Azure Striker Gunvolt, our very first self-published game made it’s way to the 3DS last August. Today, we are extremely happy to announce that on August 28, 2015, Azure Striker Gunvolt and Mighty Gunvolt will make their grand worldwide debut on Steam! It will be priced at $14.99USD, and Mighty Gunvolt will be given away as a free download to everyone who purchases the game during the first month

Whether you are a seasoned Gunvolt super-pro, or getting ready to enjoy the game for the first time, the Steam version of the Azure Striker Gunvolt has a lot to offer all you Strikers out there!

At its core, the game is a port of the 3DS version of the game optimized for play on Steam. There are numerous new features and modes added (and many more on the way) that are only available on Steam as well! These features, and more, will make their debut next week:

But, don’t take my word for it, let this shiny new trailer show you them in all their glory! 😀